Thorley Hill Primary School opened on 10th January 1957 with a roll of one hundred and one pupils, Mr Taylor the Headmaster and three members of staff.

Ten of the children were aged five and were new admissions and the remainder were transferred from other primary schools in Bishop’s Stortford, the majority of them being from the younger age groups.   The children were divided into three equal classes and thus the school began educating the youngsters of Bishops’ Stortford.

"Today our school comprises eight classrooms four of which lead off from our main hall."

The School was officially opened by Alderman C.S.B. Wentworth-Stanley, the High Sheriff of  Hertfordshire, on the 20thJuly 1957.

As early building development took place around the school, pupil numbers rapidly increased until they had risen to three hundred and fifty five in January 1961.  This rise in numbers caused some problems for the school as it was designed to house two hundred and eighty pupils, so two mobile classrooms had to be transferred from a neighbouring school to accommodate the additional children.  One of these buildings remained at the school and housed the Nursery until April 2013 when it was finally replaced with a new state of the art mobile classroom that is fully equipped to provide an excellent start to school life for the youngest learners at Thorley Hill. 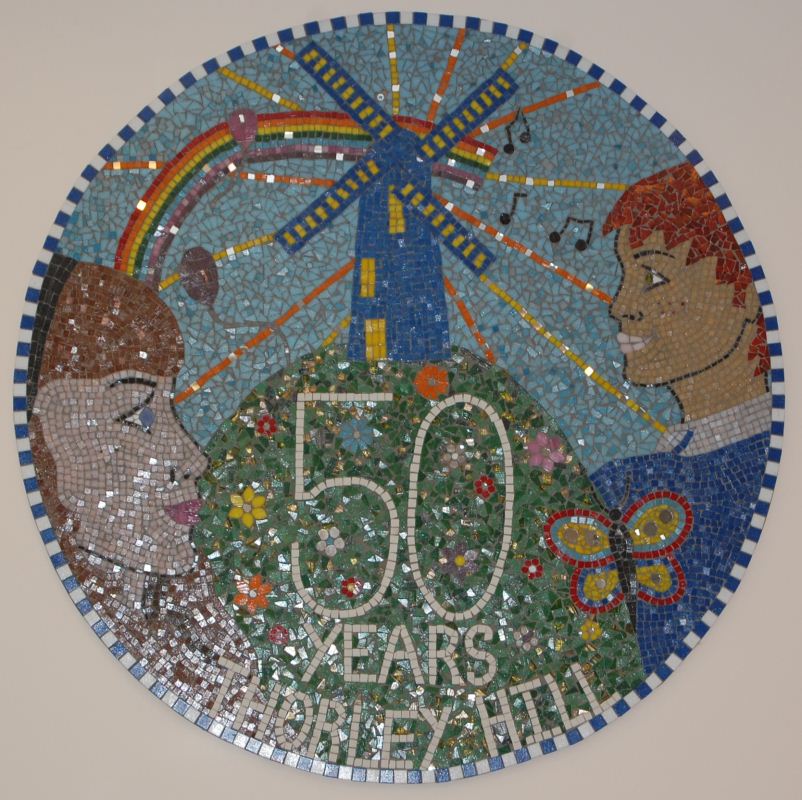 The school building has grown slightly over the years.  In 1995 a new extension was built to accommodate the offices and a dedicated Computer Suite and in 2007 a conference room was also added.  The latest addition to our school has been The Hub in 2021, which houses a modern meeting/conference room and a learning resource room  that doubles as a learning area and a space for our Breakfast Club and After School Club.  Our school has eight classrooms four of which lead off from our main hall, three from our dining area and our Nursery building that borders the Early Years Foundation Stage outside learning area/playground.  Our main playground, used by Year One to Year Six, is well equipped with permanent play structures and a designated all weather surface safety area that allows the children to safely use equipment whatever the weather.  The Early Years Foundation Stage outdoor learning area is a fabulous outdoor space that enables our children to learn and play in a safe and stimulating environment.   Extensive playing fields also allow the children to choose between active and passive recreation, so they can spend their playtimes happily and effectively

Over the years Thorley Hill Primary School has ensured that advances in technology are reflected in the education that it offers its pupils.  Interactive whiteboards are installed in all classrooms and cabled Wi-Fi throughout the school ensures that items such as lap-tops and i-Pads can be used to full advantage to aid learning.

Thorley Hill is extremely well-equipped to deliver learning across all areas and aspects of the curriculum, providing an education that will allow its pupils to thrive in the modern and ever changing world.